SOUTH POINT TO KICK OFF ANOTHER YEAR OF BULL RIDING WITH THE ANNUAL TUFF HEDEMAN TOUR IN LAS VEGAS, FEB. 29

Top bull riders and bulls will compete for one night in Las Vegas for a $80,000 prize purse on Saturday, February 29th

Tweet It: Join the @SouthPointLV family in welcoming the #TuffHedeman bull riders back into the arena, all battling for a purse of $80,000. Purchase tickets now at https://bit.ly/2S1fRNC

LAS VEGAS – Founder and four-time world champion bull rider Tuff Hedeman has announced that the Tuff Hedeman Bull Riding, presented by Boot Barn and Discount Tire, will be held another year at the South Point Arena and Equestrian Center on Saturday, Feb. 29 at 7:00 p.m. Featuring Hedeman’s signature style event 24 of the world’s best bull riders will compete in an invitation-only, exciting three-round competition. Tickets are on sale now, starting at $30 and can be purchased here.

The two-hour show will be filled with excitement featuring a star-studded lineup of world-class bulls pitted against champions and the hottest bull riders on tour. This three-round competition will feature sudden death format and bring in fans from all over to watch and experience the best of the best compete. As the competition is invitation only to contestants, the event will feature 24 of the top bull riders in the world.

Included in both the ProRodeo Hall of Fame and Bull Riding Hall of Fame, Tuff Hedeman brings this wild and action-packed event back to fabulous Las Vegas one night to bring cowboys and cowgirls alike.

“I look forward every year to providing the Las Vegas fans and visitors with a top-rated bull riding competition and a great entertainment line-up, we always bring a few World Champions and National Finals Rodeo qualifiers to the South Point,” said Hedeman.

Guests can enjoy top-shelf entertainment by past NFR Clown of the Year, Cody Sosebee, the Tuff Hedeman Bullfighters and grand pyrotechnics introduction.

Doors open at 6 p.m. for ticket holders to enjoy the pre-event activities surrounding the event, including food, cold beer, shopping and autograph opportunities. The show itself will start at 7 p.m.

Richard Neale “Tuff” Hedeman (born March 2, 1963, in El Paso, Texas) is an American retired three-time Professional Rodeo Cowboys Association (PRCA) World Bull Riding Champion as well as the 1995 Professional Bull Riders (PBR) World Champion Bull Rider, and a ProRodeo Hall of Fame and Bull Riding Hall of Fame inductee. Previously, Hedeman was the president of the PBR. He is one of the co-founders of the PBR. In 1999, the PBR honored him with the PBR Legends and Heroes Celebration: Ring of Honor. Followed by an affiliation with Championship Bull Riding (CBR) for 12 years. He is known for having been one of rodeo icon Lane Frost’s closest friends as depicted in the film 8 Seconds and historic clashes with the infamous bucking bull Bodacious. He has three sons, Lane, Trevor, and Ryker and currently makes his home near Morgan Mill, Texas. 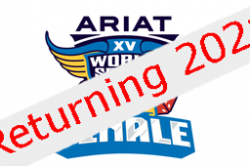 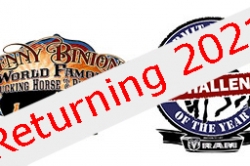