TWEET IT: The folks at @SouthPointLV are excited to announce a three-year partnership with @LaneFrostBrand! Guests can now shop for Lane Frost Cologne at the hotel gift shop and Tractor Supply store located in the South Point Arena & Equestrian Center.

LAS VEGAS (May 2, 2022) — South Point Hotel, Casino & Spa is proud to announce a three-year partnership with Lane Frost Brand, a tribute company to one of the best bull riders of all time, Lane Frost. Starting in May, guests can shop for Lane Frost Cologne at the hotel gift shop and Tractor Supply store located in the South Point Arena & Equestrian Center. The hotel will carry select merchandise as well as the bestselling Legendary Cologne for him and her.

“We are so excited to bring the Lane Frost Brand to South Point,” said Steve Stallworth, general manager of the South Point Arena & Equestrian Center. “He is a legendary rodeo star and his presence and memory will be a great addition to Vegas Cowboy Central.”

Lane Frost was an American professional bull rider, winning his first rodeo in 1974 when he was only 10 years old and his career. Frost began rodeoing full-time in 1982, following his high school graduation and won the 1987 PRCA World Championship. Frost tragically passed away in 1989 as a result of injuries sustained at the Cheyenne Frontier Days. He was posthumously inducted into the ProRodeo Hall of Fame in 1990 and his memory is alive today in young bull riders that strive to be like him and his fans who carry his champion spirit.

“On behalf of the Frost family we would like to thank South Point and their staff for taking such good care of us. This journey would not be possible without the support of Lane’s fans. We look forward to bringing you more awesome gear inspired by the legend himself. Remember Lane built his legend with good character and hard work,” remarked Stetson Frost.

“Combining Lane Frost and his memory through bestselling brands and the South Point Hotel, Casino & Spa is the perfect fit. We are thrilled to be bringing the brand to Las Vegas and partnering with the property,” said Marcy Williamson, retail sales manager for Lane Frost.

“Official Hotel and Casino of Las Vegas Motor Speedway” and sponsor of the October 2022 Las Vegas NASCAR cup race, South Point 400. In addition, South Point’s Sports Book is home of Vegas Stats & Information Network” (VSiN), where you can listen to the broadcast on iHeart Radio and watch the video livestream on VSiN.com. 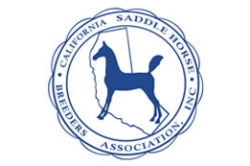 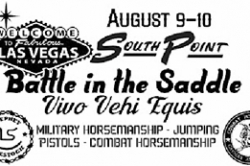 Battle in the Saddle 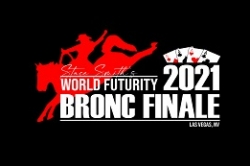